Any occasion is the perfect occasion for tea. On a hot summer’s day, birthdays, funerals, weddings, or to celebrate getting through Monday unscathed, a cup of tea says “cheers” like nothing else.

And while plenty of countries have adopted the humble beverage as their own, only one can lay claim to it: Britain.

One of the first things visitors to Britain notice is how deeply ingrained tea drinking is in the national culture. It’s not unusual for people to stop what they’re doing several times a day to have a cuppa, whether at home, at work, or out with friends.

Tea drinking is a part of British life that it’s often seen as one of the country’s defining characteristics.

The reasons why the British drink tea is many and varied. For some, it’s a way to relax and take a break from the hustle and bustle of daily life. For others, it’s a chance to catch up with friends and family. And for some, it’s simply a delicious way to get their caffeine fix.

But whatever the reason, there’s no denying that tea is an important part of British culture.

Here, we’ll check out some of the most popular reasons why the British drink tea and some of the country’s most beloved tea traditions.

Why Are Brits Such Tea Aficionados?

The British love affair with tea dates back to the early 1800s when Britain was one of the biggest importers of Chinese tea. At the time, tea was a rare and expensive commodity reserved for the upper classes.

But over the years, as production and prices decreased, tea drinking became more widespread.

Today, tea is the most popular beverage in Britain, outpacing even coffee and juices. And while most Brits would say they enjoy a cup of tea, some take their tea drinking very seriously.

The following are some of the most popular reasons why the British love tea.

Tea drinking has been a part of British life for centuries; a tradition passed down from generation to generation. For many Brits, tea is more than just a drink – it’s a way of life.

Thanks to the Royal Family’s love of tea, afternoon tea has become one of the most iconic British traditions. Afternoon tea was first introduced in the early 1800s by Anna, the 7th Duchess of Bedford.

The Duchess felt hungry between lunch and dinner; she would ask her servants to bring her a light meal of sandwiches, cakes, and a pot of tea.

The tradition quickly caught on, and soon afternoon tea became a fashionable social event. Today, afternoon tea is enjoyed by people of all ages and from all walks of life.

For many Brits, tea is a way to relax and take a break from the stresses of daily life. In a fast-paced world, taking a few minutes to enjoy a cup of tea can be a welcome respite.

There’s something about the ritual of tea drinking that is calming and therapeutic. The act of boiling the water, choosing the perfect tea leaves, and waiting for the tea to steep can be a meditative experience.

And once the tea is ready, taking that first sip can be incredibly satisfying.

3. It’s a Good Way To Catch Up With Friends

In Britain, tea is often seen as a social event. It’s not unusual for friends to get a cup of tea and chat. For many Brits, tea is the perfect way to catch up with friends and family.

Having tea with friends is a great way to relax and catch up on gossip. And if you’re feeling low, there’s nothing like a cup of tea and a chat with a friend to pick you up.

4. It’s Good for Your Health

Recent studies have shown that tea is good for your health. Tea is packed with antioxidants and is linked to lower heart disease and stroke risk.

Tea has also improved cognitive function and protects against Alzheimer’s and dementia.

Let’s not forget the most important reason why the British love their tea – delicious. There are so many different types of tea to choose from, each with its unique flavor.

Whether you like your tea sweetened with milk and sugar or unsweetened and black, there’s a tea for everyone.

As we mentioned, afternoon tea is one of the most iconic British traditions. Afternoon tea usually takes place between 3 pm and 5 pm and typically consists of sandwiches, scones, cakes, and, of course, tea.

If you’re planning on having afternoon tea, you should keep a few things in mind. First, it’s important to choose the right tea.

Afternoon tea is usually served with light-bodied tea like Darjeeling or Earl Grey. And second, don’t forget the clotted cream and jam for your scones.

High tea is a tradition that dates back to the 19th century. The working classes originally ate it as a hearty meal to tide them over until dinner.

These days, high tea is enjoyed by people of all classes and is often served in hotels and restaurants.

A typical high tea menu includes savory dishes like quiche and sausage rolls and sweet treats like scones and cakes. And, of course, no high tea is complete without a pot of tea.

Milk plays an important role in the British tea tradition. It is added to tea to counteract the bitter tannins in the leaves and provide a creamy texture. For this reason, most British teas are blended with milk in mind.

Tea drinking among the British is more than just a way to quench thirst – it’s a cherished tradition.

The reasons why the British love their tea are numerous, but at its core, tea drinking is a great way to relax, catch up with friends, and enjoy the delicious flavor.

So next time you’re in Britain, enjoy a cup of tea. After all, it’s the most British thing you can do. 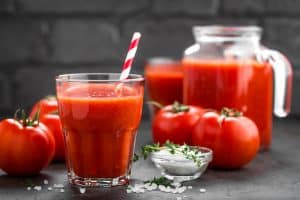 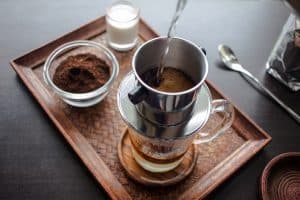 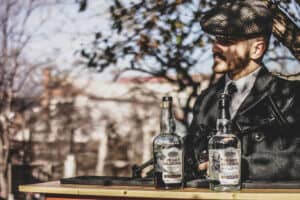 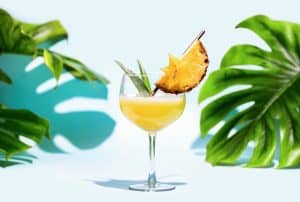 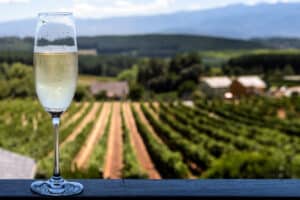 What Is Cava Wine: All You Need To Know 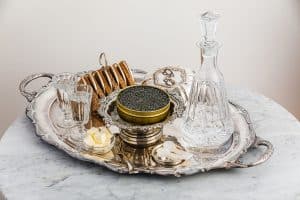 What To Drink With Caviar: Beyond Bubbles & Vodka 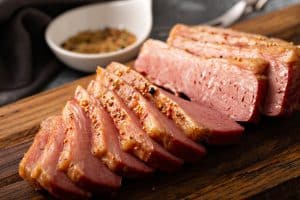 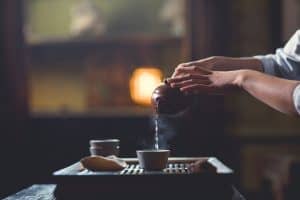 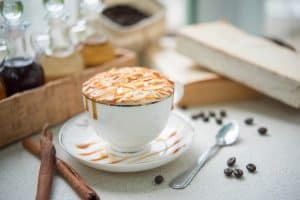