Rum and whiskey are two of the most popular spirits on the planet. They are both strong drinks with distinct taste profiles and delectable scents. Despite their similar look, these spirits differ substantially in terms of ingredients and flavor.

Thus, you might wonder, what is the difference between rum and whiskey?

The primary difference between rum and whiskey lies in the raw materials used to produce these spirits. Rum is produced from sugarcane syrup or molasses allowed to ferment and then distilled. In contrast, whiskey can be made from a single grain or a combination of grains such as barley, rye, corn, and wheat.

Similarities Between Rum and Whiskey

Before we dive into the differences between rum and whiskey, let’s look at how they are similar first:

As you can see, there are some similarities between the products. Next, we’ll briefly examine each drink and dive into the differences.

Historians believe rum was first discovered when sugar plantation enslaved people in the Caribbean discovered that molasses and sugar can syrup could be fermented and produce an alcoholic drink. The first official mention of rum was found in documents from Barbados in 1651.

Rum is a spirit produced from sugarcane, juices, or molasses fermented and finally distilled. Usually, it is aged for shorter periods than whiskey because the warm environments, such as the Caribbean, will make the angel’s share much more when compared to colder countries, such as Scotland and Ireland.

In contrast, spiced rum will have spice tastes such as cinnamon, cloves, and star anise—spices can also be added to flavored rums. If you are new to rum, take a look at this primer.

The art of distilling whiskey was introduced to Ireland and Scotland by monks who probably learned the technique from their travels to the Middle East, where perfumes were distilled.

Whiskey is distilled from a wash made of grains such as barley, rye, wheat, and corn. It is aged for at least three years in oak barrels which previously aged bourbon, sherry, and even rum.

The Difference Between Rum and Whiskey

We’ll look at the differences between rum and whiskey next. Although they follow similar production methods, their raw materials are the most important difference.

Rum is simple to produce: all you need is sugarcane, water, and yeast. Some producers take it further and use molasses (a by-product from refining sugar). In contrast, others, such as the French-speaking islands, prefer a simpler method of using sugar cane juices.

Some rum producers rely on nature and allow wild yeasts to kickstart the fermentation process; most will rely on specific yeast strains to ferment the sugarcane juice or molasses to produce a consistent-tasting product.

In Jamaica, the yeast-rich foam, called dunder, from previous fermentations is used to ferment the next batch of natural rum products.

Whiskey is produced from a fermented mash of a chosen grain or combination of grains, such as barley (malted and/or unmalted), wheat, corn, and rye. Water and yeast are added to kickstart the fermentation process before distillation.

Both drinks have various flavors depending on the color, age, and additional ingredients. Rum is overall sweeter, rich, and spicy.

At the same time, whiskey is a more aromatic spirit with a taste reminiscent of the barrels it was aged in. Spiced rums can also have hints of added spices such as cinnamon, star anise, vanilla, and cloves.

Most countries have a rule that prescribes the minimum period of aging for whiskey—Scottish and Irish whiskies are aged for a minimum of three years in oak barrels. Since 2021 Japanese law also requires whisky to be aged for at least 3 years.

Japanese law does not prescribe how it should be aged. Various aging techniques, such as barrels and stainless steel containers, deliver interesting results. American straight bourbon whiskey must be aged for 2 years in newly charred American white oak barrels.

Because rum is produced in much warmer regions, the aging process is significantly shorter. At the very least, rum is aged for one year to impart some flavor and aroma.

Clear rums are usually carbon filtered to remove any color they may have gained during the maturation process to keep them clear.

Scotland is regarded as the birthplace of whiskey, but Ireland was probably first.

Whiskey can be produced anywhere in the world in various countries such as Canada, the USA, South Africa, Japan, Scotland, Ireland, Australia, and New Zealand. But it is a protected spirit in most countries due to the prescribed rules.

Barbados is regarded as the home base where rum originated. Rum is mostly produced in Latin America and the island regions. One unique rum stands out; however—Rhum Agricole from Martinique is the only rum in the world with an AOC certification.

The certification governs the production, aging, and labeling and gives it global protection. Rum can, of course, be produced in other countries and mainland USA, South Africa, and various other African countries, India, and the Philippines, to name a few.

The primary difference between rum and whiskey lies in the raw ingredients used to produce each spirit.

While whiskey is produced from grains, rum is much simpler because it is distilled from molasses or sugarcane juice. Rum also tastes sweeter and spicier, whereas whiskey is more aromatic. 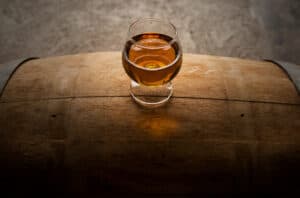 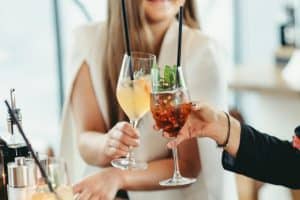 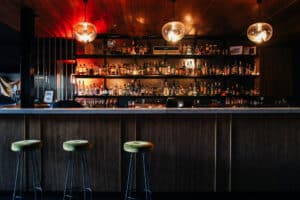 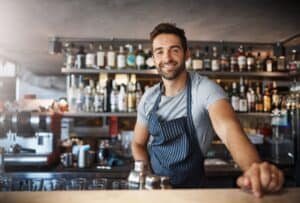 How Much Do Bar Owners Make (Economics Explained) 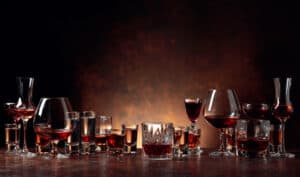 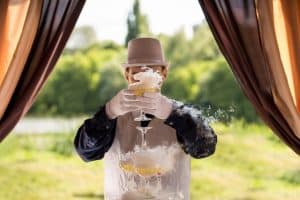 Wedding Bartender Cost and How Many You’ll Need 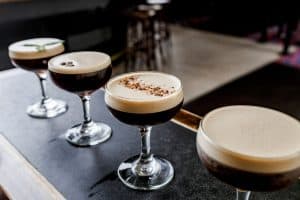 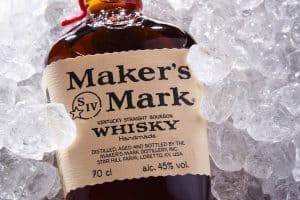